What's the 171st?
The CVW-171, often referred to informally as the 171st, is a virtual naval aviation squadron based around YSFlight that has gained huge notoriety since it was founded in April 2006. It was founded in response to the growing need for a fair, standard-setting combat squadron, by Iceman and Hunter, on YSP1. Ever since then, the CVW-171 had been setting the community standards in skill, activity, pilot quality, and size, and was constantly improving. However, since 2010 the squadron slowly declined in activity, before it fell to inactivity at the beginning of 2013. As of August 2013, the squadron has begun a period of restoration and reorganization with two subsquadrons, VFA-131 and VFA-165. Currently it is run by Bombcat and Doomsday.

We have fielded nearly all of the most skilled pilots in YSFlight between 2006 - present day and have been involved in many conflicts with many squadrons with a high success rate against them, many of which you can find here.

How old is this squadron?
It was formed in March 2006 by a guy called Shinji.

What kind of aircraft do you fly?

What do you do as a squadron?
We maintain a fairly high quality server, which we patrol regularly. We occasionally engage in ground combat exercises or fight other squadrons. Our principal combat functions are anti-shipping strike, ground attack with a focus on interdiction, and air superiority.

How do I join the 171st?
Unfortunately, you cannot join the 171st at this current time unless you are a returning member. Applications are closed indefinitely, but in the event that they are opened, you would be able to apply here: https://cvw171.forummotion.com/f3-applications

I run a squad. Can my squad ally with the 171st?
No. You may not ally with us. However, we will remain passively neutral with you as long as you have no intention to fight us. We can however offer you support on an individual level, including training support, limited aircraft developmental support, and combat adversary support.

Do you have enemies?
Of course. Currently, our main, long time rivals are the VFA-49 Ghosthawks.

Does the 171st run YSFHQ?
No, it is not true that the 171st runs YSFHQ. It is however true that 171st members makes up much of YSFHQ's staff team and Bombcat is one of the creators of YSFHQ (the other being Iceman, the former 171st XO), but the squadron activities and staff activities are treated separately. The event of 171st members making up the majority of staff is simply coincidental and YSFHQ has also had staff from various squadrons including the 241st, VFA-49 Ghosthawks and others, as well as staff who are not even in squadrons. Furthermore, not every CVW-171 member is staff and no 171st member is exempt from the rules of the forum.

We would honestly admit that having commanding officers who are also staff puts us in an awkward position as a squadron and would honestly like to not actually be staff on YSFHQ, but this quote summarizes things quite nicely: "I would like it if we weren't staff, but then there would be no staff" - Bombcat

Why are all your aircraft low polygon repaints?
In the event of a battle, fighting with an aircraft that has a low polygon count enable for our pilots to fight at smooth FPS, maximizing our fighting potential.  Fighting in a plane with a high polygon count may make some people fight at low FPS and that can severely hinder your combat performance.  It make it short and simple, we rather win a fight than look super pretty.  Another note, is that a plane with a high polygon count can cause lag to the server at times, our low polygon planes minimizes that lag.

Why won't you accept my application?
The primary thing we look at when review applications is the pilot's personality.  The CVW-171 largely consist of people that have been together for many years and as a result of that, many members of the squad always make fun of each other with jokes poking each other. The first question we would ask ourselves, "Would this applicant get along with us?" and "Is this applicant willing to learn new things?"  We also ask if this applicant has "tough skin", since some of our internal jokes can be extremely brutal, but we never mean anything by it.  Its all how we laugh at each other and have a good time.
_________________ 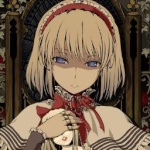